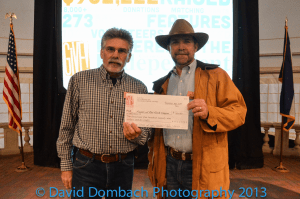 The Friends of Red Rock Canyon Open Space were invited to participate in the 2012 Indy Give fundraising campaign and we were honored to engage with the Colorado Springs community.  Many thanks and appreciation to those who contributed to our“Indy Give Restore the Red Rock Canyon Pond campaign,” and we look forward to seeing the improvements being implemented as we move into 2013.

Why Save the Bock Lake in Red Rock Canyon?

Wetlands in Colorado are rapidly disappearing. Some studies suggest that we have lost more than 50 per cent to date. In view of this overwhelming loss, most experts believe that a strong argument can be made for saving all of our remaining wetlands, including those that are man-made.

In Red Rock Canyon, the riparian area created by the Bock lake supports a large and diverse variety of wildlife, from mega fauna such as black bears (also drawn to the area by the ancient apple orchard), mule deer, mountain lions, coyotes, bob cats and smaller mammals, including red foxes, porcupines, skunks and the like. Many aquatic and non-aquatic birds are also attracted to the area primarily because of its water source – from spotted owls, to prairie falcons and the state-sensitive peregrine falcon to great blue herons. Several rare plants documented by Greystone Environmental Consultants in its 2003 Red Rock Canyon habitat study likewise depend for their survival on the riparian area created by the artificial lake.

As for the aesthetics of the lake, they are indisputable. And they are importantly linked to bringing in the all-important tourist dollars. There is an interesting and related bit of local history associated with John S. Bock’s decision to build the lake in the first place. As I wrote in History in Stone: the Story of Red Rock Canyon (Johnson Books: 2012).

“… the artificial lake in front of John Bock’s house was inspired in the 1960s by a commercial artist named Dick Williams. Williams did a landscape painting that featured the red rock outcroppings in John Bock’s front view to which he added a lake in the foreground to give John Bock an idea of how it would look. Bock was so taken with the idea that, in a case of life imitating art, he created the artificial lake. The man-made lake mirrored the spectacular view of jutting red cliffs from the front window, and perhaps the added flourish of a great blue heron poised on a tree branch above the glistening water.”

As the situation stands today the lake is rapidly dropping to a mere muddy puddle exposing the ugly concrete dam. The historic Bock lake has become, in short, an eyesore. The pump on the property that might have refilled it with water is located in close proximity to the dump. Water tests have established that the water, as many had suspected, is contaminated. This means it use is illegal since rainfall and run-off can spread the contamination to other water sources.

Water in the West is a precious commodity, but so is natural beauty. In an arid climate with high-desert terrain, a small body of water offers a welcome contrast. Not surprisingly, water for desert Arabs is associated with paradise. Clearly the famous Broadmoor understands this particular aesthetic, given its expansive and well-maintained, regularly filled lake.

Red Rock Canyon is now larger than its better-known sister park, Garden of the Gods. It also serves as a valuable and important tourist draw. Together with TOSC and Palmer Land Trust staff and supporters, my husband and I recently led a guided hike in Red Rock Canyon for a large number of out-of-town convention goers housed at the Broadmoor Hotel. They loved the place (especially the Texans) and continued to exclaim over its beauty. They were also quick to note the shabby and neglected appearance of the Bock Lake and its desperate need to be rehabilitated.

Fund Raising for Pond Restoration has been temporarily suspended as the Ponds are currently full.