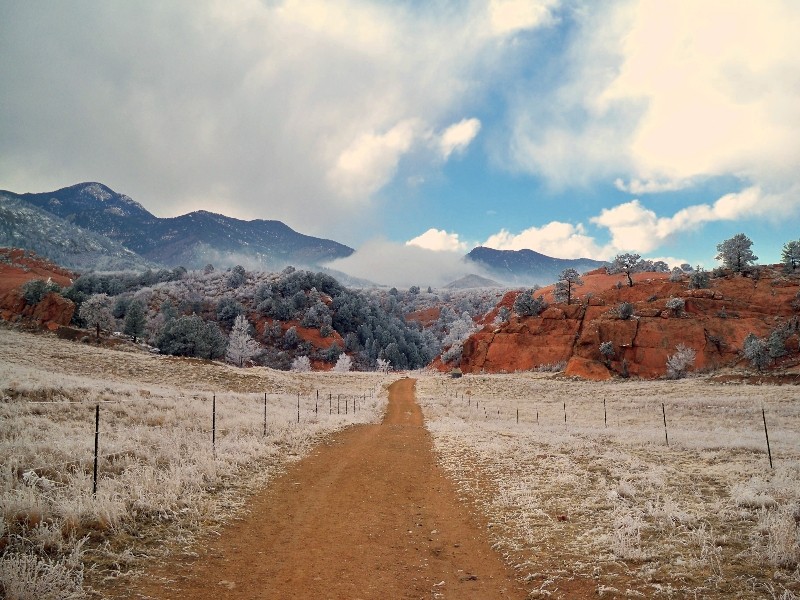 Utes Along The Hogback 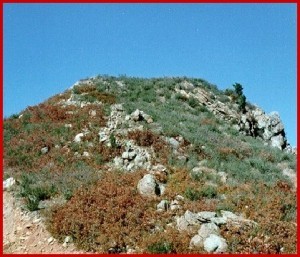 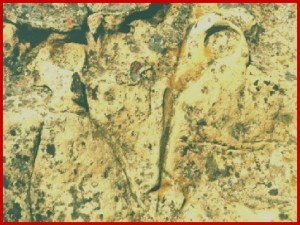 Grooves in the Rock Near Worksite 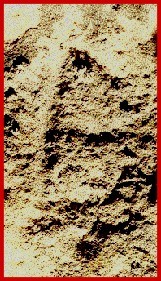 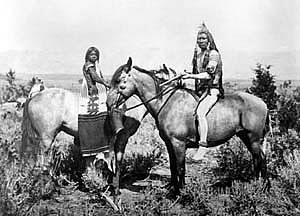 The Utes were able to keep their homeland for generation after generation because they were consummate warriors. They acquired Spanish horses before many tribes had seen a horse; and they also became excellent horsemen.

To help them guard their homeland, the Utes built strategically located stone forts. An 1889 publication of the Colorado Midland Railway describes Ute forts at Fortification Hill in Florissant, along the Ute Pass buffalo trail to South Park. In the book People of the Shining Mountains, Charles Marsh mentions three locations in Colorado where the Utes built fortifications during the 1700’s and early 1800’s: near Granby, on the Williams Fork, and near Manitou Springs. The forts near Manitou Springs were built along the Dakota sandstone hogback of what is now Red Rock

Canyon Open Space. In his 1914 book The Indians of the Pikes Peak Region, Irving Howbert gave the following description of the fortifications:
“In the early days, any one climbing to the top of the high sandstone ridge back of the United States Reduction Works at Colorado City might have seen numerous circular places of defense built of loose stone, to a height of four or five feet, and large enough to hold three or four men comfortably. These miniature fortifications were placed at intervals along the ridge all the way from the Fountain to Bear Creek and doubtless were built and used by the Utes.”

A local newspaper article on the Ute fortifications in the 1950’s included photographs of stone walls along the ridge on each side of what became the landfill road. On the ridge to the south of the road, the wall (which has since been nearly destroyed) incorporated round enclosures. The wall to the north of the road (which is still standing) does not incorporate enclosures.

At one location in Red Rock Canyon Open Space, there is a multiple metate which is near the ridge crest and partially protected by a stone buttress. Metates for grinding meal were first used in the Colorado foothills during the Archaic period between 2,000 and 8,000 years ago by descendants of the mammoth hunters who moved from the plains to the foothills and mountains in search of food as the ice age mammoth became extinct.

There is no clear evidence to indicate the age of the hogback metates. However, they were most likely used by the Utes who may have ground meal while standing watch along the ridge crest. The metate site commands a good view of the plains while being partially shielded by a rock buttress which would have afforded protection from attack from the east. As the accompanying photo clearly shows, meal from the metates could have flowed down grooves in the rock, probably to be collected in a basket. In his recent archeological survey of Red Rock Canyon Open Space, archeologist Steve Snyder found a stone mano near the metates. Also, there is a simple scratched petroglyph near the metates.

Artifacts previously found in the hogback area include domestic tools such as drills and scrapers as well as projectile points, indicating that the area was a campground as well as perhaps an occasional battle ground. One stone circle and fire pit site (“teepee circle”) was found in the early 1950’s south of Red Rock Canyon Open Space. And, several stone artifacts were found at that site along with bison teeth.