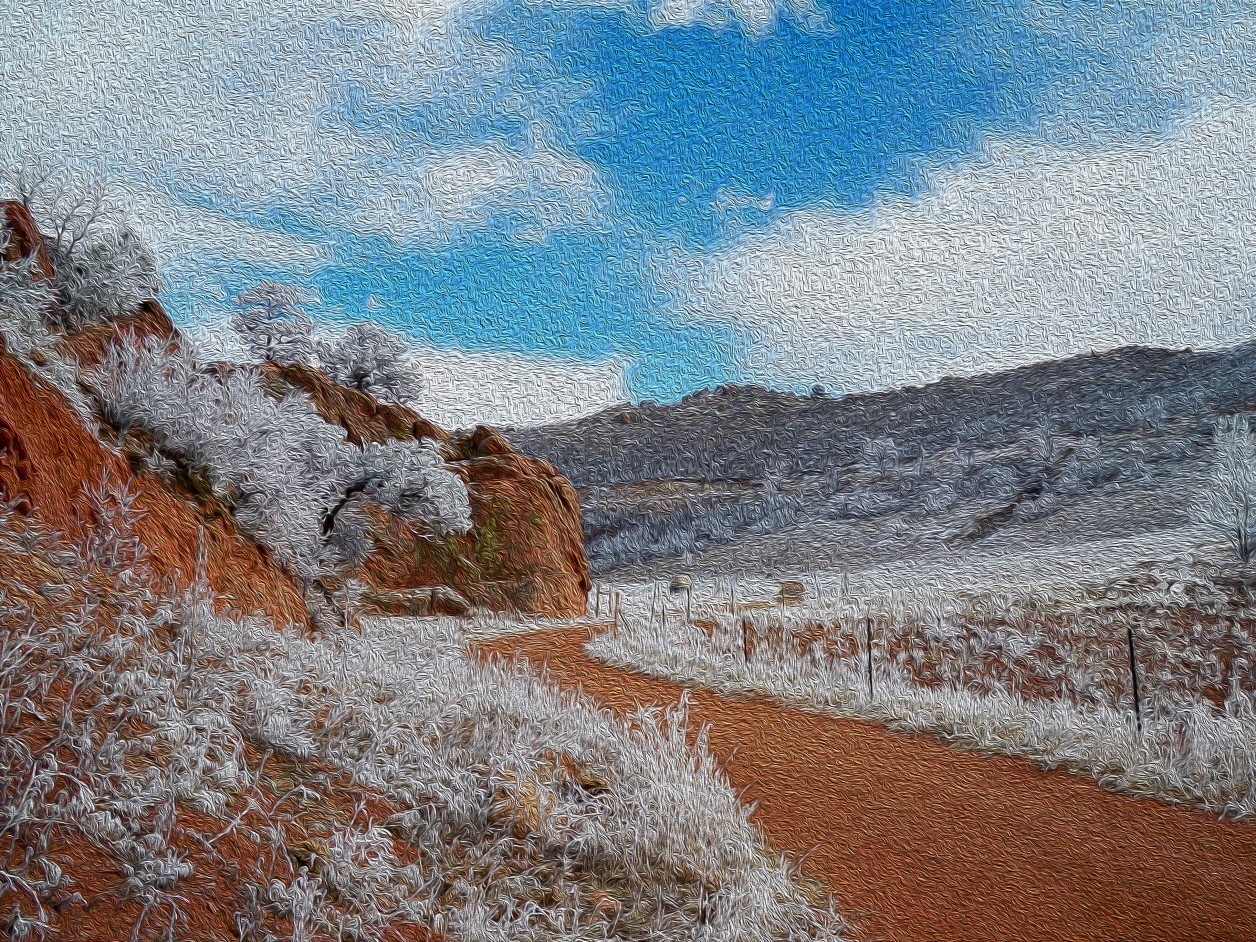 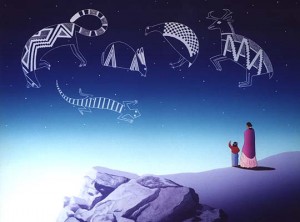 Mountaintops are thought to have strong spiritual powers among indigenous peoples, including the Utes. Modern scientists have documented highly unusual electromagnetic phenomena on these high peaks, lending further credibility to these traditional teachings. According to Ute elders, one of their principal ceremonies is the “Vision Quest,” undertaken by an individual on a mountain peak for several days in seclusion and while fasting. During this quest, it is thought that the individual will be given spiritual guidance from the Great Spirit through visions. Pikes Peak was a special focal point for the Ute’s Ceremonial Circle, an organization of holy people. This group made periodic journeys to nearby Crystal Peak where they collected stones thought to be imbued with spiritual properties. They then began a pilgrimage to Pikes Peak, following the trail along the mountain ridge, where they finally encamped in the area of the Pancake Rocks. Prayer Trees – pine saplings that were bent over and tied with a leather thong – still provide silent testimony to the prayers offered during the course of this pilgrimage along Cedar Mountain road. One individual was then chosen to take all of the spirit stones to the summit of the Peak on a four-day Vision Quest.

The black bear is often seen in Red Rock Canyon, in the canyons of Section 16, and, of course, Bear Creek Canyon.

In areas of the world where bears live, the bear has an important role in native stories and traditions.

In Ute tradition, a Bear Dance is held at the end of winter to awaken the hibernating bear which will lead the people to gather roots, nuts, and berries. The dance also honors the bear which in Ute legend was created by the One-Above, to teach the Ute strength, wisdom, survival, and how to resist the mischief of Coyote.

A Ute story tells of two brothers who were hunting together when one saw a bear clawing and singing as he danced around a tree. While the other brother continued hunting, he watched the bear, who taught him the dance and the song and instructing him to teach it to his people as a sign of respect for the bear’s spirit which gives strength.

Traditionally, the Bear Dance is a ritual for releasing the tensions and worries of the long winter by wearing plumes which represent those worries during the dance and then hanging the plumes on a cedar tree at the east entrance to the dance corral, leaving them and the worries behind, at the end of the four day dance.

By tradition, the Bear Dance was held after the first thunder of Spring was heard, usually in March. In modern times, however, the dance has been scheduled later in the season when good weather is more sure. The Southern Ute Bear Dance is now held in late May or early June at Ignacio, Colorado.

About a month ago I was driving down the street a mile from Red Rock Canyon when a coyote walked across the street in front of me. What a beautiful animal! And, I remembered growing up south of Old Colorado City hearing the howl of Canis latrans in the night.

Coyote is a very important character in Native stories. Most often, coyote is the trickster, the devious, perhaps malicious character, either very clever or very foolish, who is the best teacher.

The Utes have many stories of Yohovits, the coyote.

One of these stories  tells of a cold winter when Yohovits and his clan  were hungry. Yohovits sent a spy to the camp of the crows who were happy and well fed to find out their secret. Weasel, the spy learns that the crows have a magic rock. Every time they lift the rock, a buffalo comes from under it. So, weasel lets out a herd of buffalo and then tells Yohovits’ clan. The first day hunting the buffalo, Yohovits is confident of his hunting ability and tells the clan that each should keep his own kill and not share. But, Yohovits kills nothing and is hungry. One of the other hunters shares his meat with Yohovits. The next day, Yohovits says everyone should share his kill. Yohovits is the only successful hunter that day and shares meat with everyone.

In a story where Yohovits is very foolish, he learns form the Chickadees how to take out his eyes and toss them into the air to so that berries would fall down for him to eat. But, the Chickadees warned him never to do this among yellow willows. After he left the Chickadees, Yohovits tossed his eyes in the air in a grove of yellow willows; and, cry out as he might, his eyes would not come back.

In one Ute origin story, Sinawaf, the creator, began cutting sticks and placing them in a bag. When Sinawaf was away, Yohovits opened the bag, and out came many people speaking different languages and scattering in all directions. When Sinawaf returned, he found only a few people left in the bag and was very angry. Sinawaf had planned to distribute the people equally in the land, but because Yohovits had distributed them unevenly they fought each other trying to get land from their neighbors. Sinawaf made the few people left in the bag the Utes, and made them strong and brave.

For the Shoshone, who are related to the Utes, Coyote is the father of the tribe, having married a sorceress who gave birth to their ancestors. These Shoshone considered their neighbors the Bannock to have been fathered by Wolf.

In the stories of some tribes, Coyote has the role of Prometheus and steals fire from the fire beings.